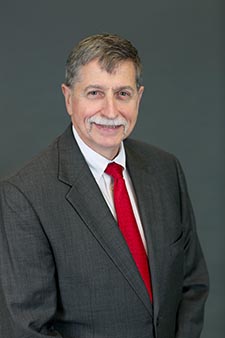 
Mr. Kozyra is a graduate of the University of Chicago (B.A. with Honors in The College and in American History 1975) and Rutgers Law School - Newark (J.D. 1978). He is admitted to the bars in New Jersey and New York, the Second, Third and Ninth Circuit Courts of Appeal and the United States Supreme Court and has handled federal and state litigation at both the trial and appellate levels.

Mr. Kozyra has been responsible for litigation in the areas of contract, commercial, corporation and partnership law, land use law, criminal defense, professional licensing (legal, medical, pharmaceutical and others), attorney ethics, family law (divorce, custody and adoption, domestic violence, premarital agreements), insurance, environmental protection, malpractice (legal, accounting and medical), real estate, condominium law, constitutional law, employment and torts. Mr. Kozyra has also served as a privately retained mediator and as an expert witness in legal malpractice and other cases, as well as a legal consultant and strategist on cases in a wide variety of practice areas.

Mr. Kozyra was the recipient of the 2018 Elks Citizen of the Year Award.  He is a trustee of the Board of Trustees of the Legal Services Corporation of New Jersey and former Chairman of the St. Clare Church Finance Committee (2007-2013), President of the Filomena Coppola Memorial Scholarship Fund, Inc., former member of the Township of Nutley Planning Board and former Chancellor of the Nutley Historical Society.  He is a contributor to Forensic Accounting in Matrimonial Divorce, (Co-Author, Litigating and Proving Child Support in High Asset or High Income Cases: What to Do When a Heavy Hitter is at the Plate), R.T. Edwards, Inc. (2005) and a Lecturer, What Corporate Lawyers Need to Know About Reading Financial Statements – Understanding the Most Important Parts of Income Statements, Balance Sheets and Cash Flow Statements That Impact Corporate Lawyers & Their Clients (ExecSense Corporate Law Webinars) (2009). Mr. Kozyra is AV Peer Rated by Martindale-Hubbell.

**Super Lawyers is a registered trademark of Thomson Reuters.  A description of the selection methodology can be found at www.superlawyers.com. No aspect of this advertisement has been approved by the Supreme Court of New Jersey.